Science vs Religion Argument - Evolution and the Burden of Proof

...Continued from Page 1 of the Science vs Religion Argument

3. Religious Belief And The Theory Of Evolution Co-Exist

In the science vs religion argument, the question of evolution sometimes arises.

The 2009 film Creation communicates accurately that Darwin's faith was shaken not by his theory of evolution, but by the death of his daughter. 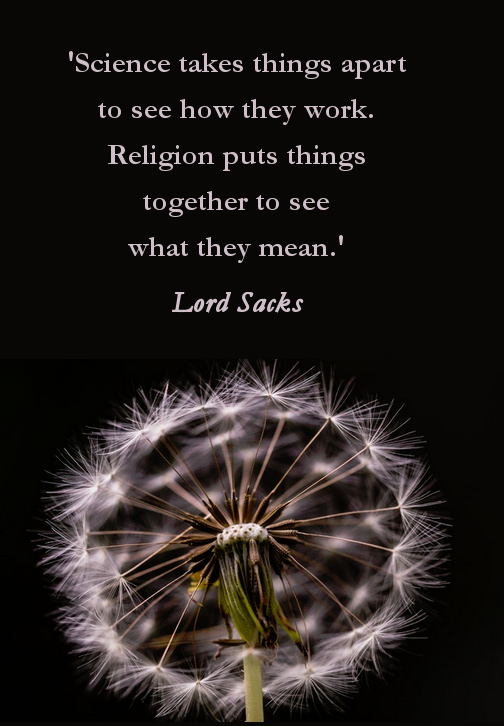 Darwin's theory of evolution provoked much discussion and opposition in the church. But at the time of his death, he was given a full Christian ceremony at Westminster Abbey.

At a memorial service following Darwin's funeral, the Bishop of Carlisle, Harvey Goodwin said the following:

It would have been unfortunate if anything had occurred to give weight and currency to the foolish notion which some have diligently propagated, but for which Mr Darwin was not responsible, that there is a necessary conflict between a knowledge of Nature and a belief in God…”.


The creationist's view that evolution did not take place and that God literally created the world in seven days, is much quoted by scientists arguing against the ignorance of religion. But creationism is not a belief held by the majority of Christians.

I remember finding out that a teacher at the catholic  religious secondary school I attended didn't believe in evolution. We - the students - were amazed.

I was interested to note that an evangelical Christian publication stated that the seven days of creation in the Bible spanned "as much time as good science allows for".

4. Agreement Between The Bible and Science

I am certainly not suggesting that the Bible is a scientific document. I do however find it fascinating that a book written thousands of years ago could be accurate on some of the above points.

I have been told that the Koran is similarly accurate on the development of the foetus, but I cannot confirm that at this time.

5. Science vs Religion: There is No Proof Either Way

In the science vs religion argument, it is often stated that belief in God is not logical since there is no proof that there is God.

It is worth remembering, there is also no proof that there isn’t God.

The Side of Caution


A scientist will not say:
There is no God.

He will say:
There is no proof
either way.

And, as Blaise Pascal once said:
If unsure,
it makes more sense to
err on the side of caution.

“You cannot evaluate an insane belief system from within it. Its range precludes this. You can only go beyond it, look back from a point where sanity exists and see the contrast. Only by this contrast can insanity be judged as insane.”
(T-9.VII.6, A Course In Miracles)

The spiritual poem above appears in the book It's OK to Believe, A Journey with Faith and Reason.

For an explanation of the forgiveness exercise – It’s OK to...

For a discussion on how to use quotes as part of your spiritual practice.