Bible Definition – Bible Vocabulary and References On This Site

These pages provides simple Bible definition and explanations. They are here to help if the Bible terms or spiritual terms used on this site are new or fairly unfamiliar.

As with the rest of the site, my views are not necessarily the views of traditional Christianity, though I am a Christian and definitely follow Jesus.

I speak about the point in my journey when I asked the question "Am I a Christian" in this blog.

The Bible is comprised of two main parts: 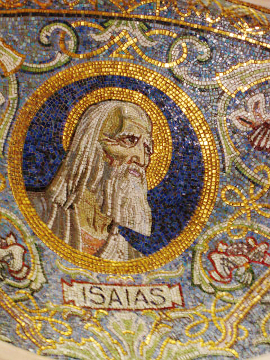 The Old Testament is a collection of books written at different periods between 1900 and 4000 years ago.
There are 39 books in the Protestant version.
There are 46 books in the Catholic version.


The book Christians now refer to as the Old Testament is a collection of Hebrew books. They were written by Jews for Jews.

Jesus was Jewish. He quoted from these scriptures and maintained their importance. He often interpreted them differently than his Jewish brothers, but insisted that he had come to fulfil the scriptures not to destroy them.

Christianity started as a cult of Judaism with many early Christians also adhering to Jewish Law. The group is referred to in the Bible as following "The Way".

The followers of Christ later separated from Judaism. They continued to refer to the Holy hebrew texts which were to become known as the Old Testament.

Further books were written and included within their scriptures.

The Catholic Church split in the sixteenth century with the formation of the Protestant denomination.

The Protestants chose to only include Bible books for which the original Hebrew copies could be found, with the exception of the Book of the Apocalypse or Revelations which was included.

I am not an expert, so if you are researching the reason for the exclusion on certain books in the Bible, please do check on that information.

Since that time copies in Hebrew have been found of some of the books of the Bible that were excluded, but I don't know which ones.

The list of the extra books included in Catholic Bibles is included further down in this article on Bible definition.

The New Testament was written after the time of Jesus.

The New Testament consists of 27 books, written in Greek, primarily by Jews.

Luke the historian who wrote one of the Gospels was however a gentile (a non-jew).

Bible Definition: A List of Books in The New Testament

There are 4 Gospels, giving slightly differing versions of the life and ministry of Jesus.

The Gospels include many words presented as being the direct teachings of Jesus.

Although they appear in the Bible in the order above, Mark is believed to be the earliest Gospel, begun around 30 years after the Crucifixion.

Around the year 180 a.d., bishop Irenaeus declared the accounts by Matthew, Mark, Luke, and John to be the four "canonical" Gospels.

(The full contents of the New Testament were decided on in the time of Constantine around 325, at the time of the Council of Nicaea.)

The Acts of the Apostles

The Acts of the Apostles is a fascinating account of the early church by Luke the Historian who also wrote one of the Gospels.

Letters written by Paul to encourage the early Church to persevere in following Christ and not split into factions and get distracted by frivolities and unncessary theological arguments. Encouragement was much needed as persecution of the early Christians was common.

Epistles by other apostles

Other apostles were also travelling about to spread the Good News. They also wrote to encourage the early Christians to continue in the faith.

I don't really feel qualified to give a bible definition of Revelation. It is quite a controversial book. It is the one most used by those who want to instill fear of the “Last Days” to encourage people to take up faith. Revelation, also known as Apocalypse, can be pretty grizzly at times. Most feel they don't really understand much of it.

There is however much I find beautiful and poetic in Revelation and relate to.

The name Apocalypse is now associated with disaster, but it means “unveiling”. Throughout the Bible and in many spiritual groups, there is reference to a veil between this world and the spiritual realm. In moments of revelation this veil is removed. Revelation, the book, gives account of when this veil is removed, not just on an individual level, but on a collective level.

How Is The Catholic Bible Different From The Protestant Bible?

I personally own both Catholic and Protestant Bibles.

This is not an official catholic bible definition. But the following are some of the differences between the Catholic and Protestant Bibles of which I am aware.

a) What are the extra books contained in Catholic Bibles and not in Protestant Bibles?

I don’t know much about the other texts in the list above, but I can recommend the book of Wisdom as well worth reading.

The book of Wisdom is quoted by the writers of the New Testament.

Wisdom is used as another name for God.  Wisdom is also referred to as "She". (The same is true in the book of Proverbs.)

b) The Catholic Bible includes the original words used to name God - Yahweh and Elohim. These have been replaced in the Protestant Bibles with the word LORD - left in capitals to indicate that it is a replacement.

c) The Jerusalem Bible (a Catholic Bible) is the only Bible I own that includes the latest thought about who wrote the various Chapters of the Bible.

For some Protestant Evangelical Christians it would be unusual to challenge the belief that parts of the Bible are written by someone other than the named author.

What are the first six books of the Old Testament called?

The first five books of the Bible are known as both the Torah and the Pentateuch.

What are the first six books of the Old Testament called?
(This is sometimes a crossword clue?!)

Some scholars group the first six books of the Bible together, rather than the first five.

The sixth book is the book of Joshua.
Joshua contains many references to the first five books and is therefore considered by some as distinct from the other books of the Former Prophets (Joshua-Kings).

The Gnostic Gospels are Gospels in addition to Matthew, Mark, Luke and John which existed in the early centuries and have been found subsequently.

Although they are not part of a Bible definition as they are excluded, the Gnostic Gospels are of spiritual and academic interest to many.

There are thought to be about 50 Gnostic Gospels.

(Also among the Nag Hammadi scrolls were the Prayer of the Apostle Paul and an excerpt from Plato's Republic.(

In the 1970s, the Gospel according to Judas, dated to the second century, was found in a cave in Egypt. It became available to read in 2006.

With grateful thanks to the National Geographic Magazine 2017, for some of the above information.

The Bible is the best-selling book in history...by far

Some of the articles on this website which include Bible Verses:

Other Spirituality Definitions on www.a-spiritual-journey-of-healing.com

(Click here if you are looking for scriptures on healing in the bible.)

Move from Bible Definition to read about how to use spiritual quotes - including those from the Bible as part of your spiritual practice.